WELCOME TO THE ACADEMY EVAN JAMES 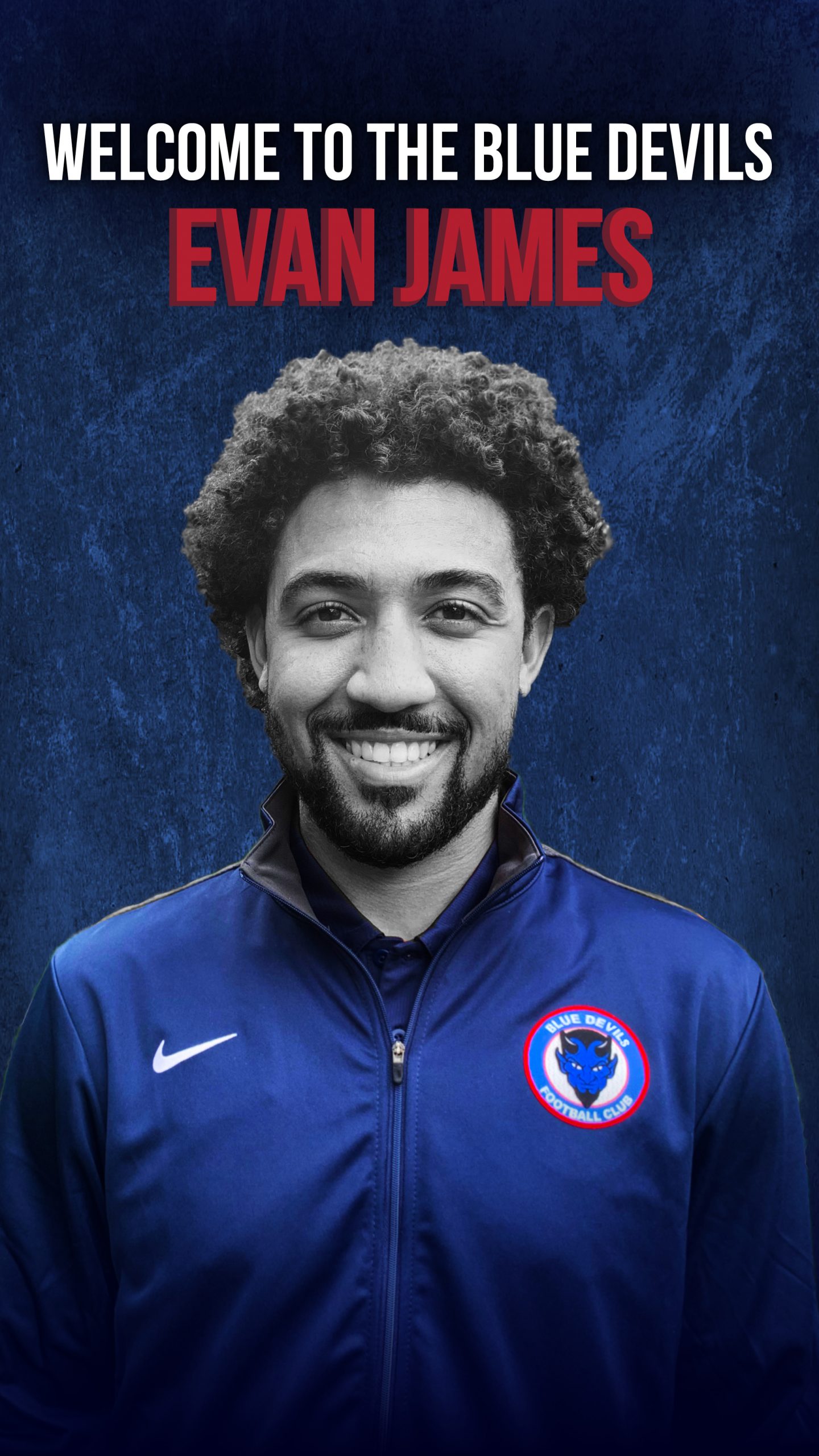 Evan grew up in Mississauga, where he began his youth training at Mississauga SC, he later joined the Oakville Blue Stars under the supervision of Technical Director Brett Mosen. From there James would then go on to earn a full scholarship to the University of North Carolina at Charlotte. During his collegiate career he scored 21 goals in 83 games. He was named to the Atlantic10 Rookie Team (2008), All-Atlantic10 First Team (2011), and the NSCAA All-Mid-Atlantic Region First Team (2011).  Following University the striker was drafted 1st overall by the Montreal Impact in the 2012 MLS Supplemental Draft. James then featured twice for the Canadian National Team between 2012 and 2013.  Ahead of the 2013 Season James rejoined Brett Mosen with KW United in the USL PDL before leaving for Europe. While overseas he played in England, Finland, and Denmark. Upon returning to Canada he had brief stints with 2 other League1 Ontario clubs before he joined Oakville Blue Devils FC in 2019. He led the club in goals with 8 in the regular season, and 2 more in the playoffs.

Effective immediately he will become coach of the 2009 Boys. Having crossed paths with James several times along his travels Technical Director Brett Mosen is enthusiastic about the addition of a coach whom is so familiar with. “I have known Evan since he was playing with the Blue Stars when I was Technical Director. I brought Evan in to play for me at KW United, and he was my captain.” Moesn continued, “Evan is a great addition to our Technical Staff, our young players will have direct access to a Coach who reached great heights in his playing career, you couldn’t find a better role model, I believe he has a great coaching career ahead of him.”

This is Evan James’ first venture into coaching, he says he’s “excited, and keen on getting started”.  This new role will allow the former Canadian International to guide his charges with an understanding of the pressures placed on them both on and off of the pitch, “I’d like to take a holistic approach to these players’ development, focusing on more than just their soccer needs. Traits like leadership, resilience, empathy, and teamwork, are all transferable to their lives away from soccer. Obviously they’ll come away from this as better soccer players, but If everyone left with the confidence to pursue their dreams, and as better humans, I’d be happy”.  James is currently working towards his National B Coaching License.

For more information about the Blue Devils Academy go to www.bluedevilsacademy.com/trials. Our proven training methods have provided hundreds of scholarships to young men and women in the Greater Toronto Area.