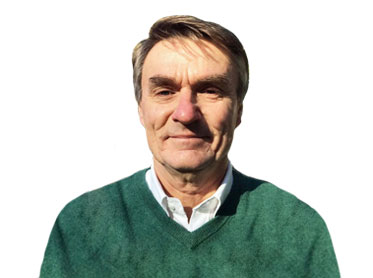 Born in Braunschweig, West Germany, Jack Brand commenced his soccer career in Toronto, played for Canada’s Olympic and National teams, and was inducted to the Canadian Soccer Hall of Fame in 2008. His soccer career has taken him to many places throughout the US and has led him back to Oakville and the Blue Devils where he now serves as an Advisor to the Club.

Jack, now in his sixties, presides over his family’s business, based in nearby Mississauga. The Brand Felt Ltd. manufactures industrial felt for a multitude of industries, exporting worldwide. The German-born Brand, at 17, was sent abroad by his father, company founder Klaus Brand, to study in New York state. Although he had played for then-West Germany’s youth national team, his father forbade him from turning pro at the time.

However, once he earned his degree, Jack got the green light to sign professionally. He began his senior club career with Toronto Hungaria of the National Soccer League in 1973. In 1974, he joined Toronto Metros of NASL and played 14 regular season games. In 1975, he played with Toronto Metros-Croatia. He then returned to the NSL for 1976, helping Toronto Italia win the league championship. Jack returned to the NASL for '77, playing 26 regular season games and 5 play-off games for the Rochester Lancers.

After the 1977 season, Jack joined the New York Cosmos. He won a title alongside Franz Beckenbauer in 1978 against the Tampa Bay Rowdies in front of 74,901 fans at Giants Stadium, and two years later was beckoned to Seattle by new coach Alan Hinton. That creased the cover of a storybook season for Hinton, Brand and the Sounders. That 1980 side won a NASL-record 25 games and seemed to produce highlight film footage with each outing, scoring 74 goals.

Meanwhile, Brand was a backstop extraordinaire. Brave and acrobatic, behind a stout backline he posted 15 shutouts, a Seattle and NASL
record that has not been eclipsed since.

“The only thing we ended up short of, was winning the championship,” recalls Brand. “It was a Cinderella team, and we set all sorts of records. That’s fine. But we also had a lot of fun. That is something, and it fits in with the beautiful environment of Seattle and the Northwest. It touched your heart; it was beautiful.”

Brand was never a slave to the game. Twice he walked away from it, knowing he could do better financially in the family business. Still, the ’80 Sounders were a unique collection of both talent and character.

“We came from all over the world. We hadn’t played together,” Brand explains. “We just found that friendship amongst each other. That’s my most memorable season, not so much in terms of winning, but in terms of camaraderie, togetherness, friendship. We basically did things as a team, on and off the field. For me, as a player, it means a lot. Those players are all dear in my heart.”

Brand was voted NASL North American Player of the Year after posting a Sounders record 15 shutouts in 1980.

By then a naturalized Canadian citizen, Brand was voted the NASL North American Player of the Year and rapidly became a fan favorite. After a falling out with Hinton, he moved on to Tampa Bay to finish his pro career. One of his sons, however, was born in Mercer Island.
In 1984, following the original Sounders’ demise, he resurfaced in Seattle and became part of a new beginning. Brand played in goal for FC Seattle’s first season, a series of exhibitions versus remaining NASL clubs and the U.S. Olympic Team. When the club went from amateur to semipro the following year, he served as president.

Alongside his illustrious pro career, Jack was also named Canada's goalkeeper for the 1976 Olympic Games, and was a member of the Canadian National Team for the 1975 Pan Am Games.

Jack has served as a key Advisor to the Blue Devils since its founding and continues to lend his incredible experience in both the soccer and business worlds to the Club. 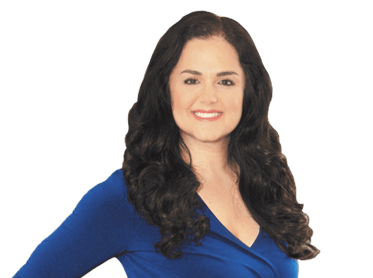 Francesca Rollo is a Partner in the law firm of Ross & McBride LLP.

She obtained both her Bachelor of Arts and Master of Arts from the University of Western Ontario and in recognition of her academic excellence was awarded a Special University Scholarship and Graduate Teaching Scholarship. After completing her graduate studies, she received her law degree from McGill University, where she graduated with Distinction, and joined Ross & McBride in 1998.

Francesca has extensive court experience conducting trials before the Superior Court of Justice, and has acted as counsel before the Financial Services Commission of Ontario and before many boards and tribunals.

Francesca's area of practice is plaintiff personal injury; that is, she works exclusively for injured people and their families to move forward after injury. Francesca knows how important it is to put her clients' minds at ease. Over the years, she's helped hundreds of people dealing with personal injuries. Many of her clients are children.

When Francesca is not working on behalf of injured people and their families, she enjoys spending time with her husband and her two sons, Leonardo and Roman. 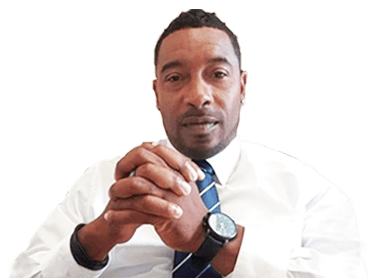 Cal Blankendal is first and foremost an avid sports fan who is actively involved in the development of football in Bermuda. His passion for the ‘Beautiful Game’ has allowed him to enjoy both coaching and administrative success on and off the field of play.

Throughout his career, Cal has served in numerous roles tied closely to the growth and development of sport in Bermuda including:

Cal holds a UEFA B and a UEFA C license. He will be actively working with Blue Devils FC to strengthen ties between Bermuda, Bermuda FA, local football clubs and Blue Devils FC. 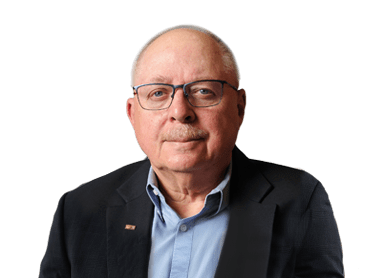 He retired in 2013 from a 39-year sales career in the industrial battery business.

Prior to soccer, Bob was a Scoutmaster, Group Chairman and President of the Mississauga Region Scouts over a 17-year stretch.

He coached girls and women’s rep soccer in the Erin Mills Soccer Club, driven by his daughters Lyndsay and Laura who both excelled in soccer.

Bob provided guidance to and attended the Club’s annual “Tour of America” for several years.

In 2015 he acted as the Club General Manager briefly before returning to retired life.

Bob has also served with the PHSA Discipline system, involved with fair hearings for player, coach and administrative infractions across Peel Halton as required.

In recent years, he is best known for sport photography around the soccer pitches and, with his wife Jane, as #1 fan for their daughter Laura who has played with the Blue Devils L1OW team.

Bob currently encourages his young granddaughter and grandson to enjoy the beautiful game for the next generation.