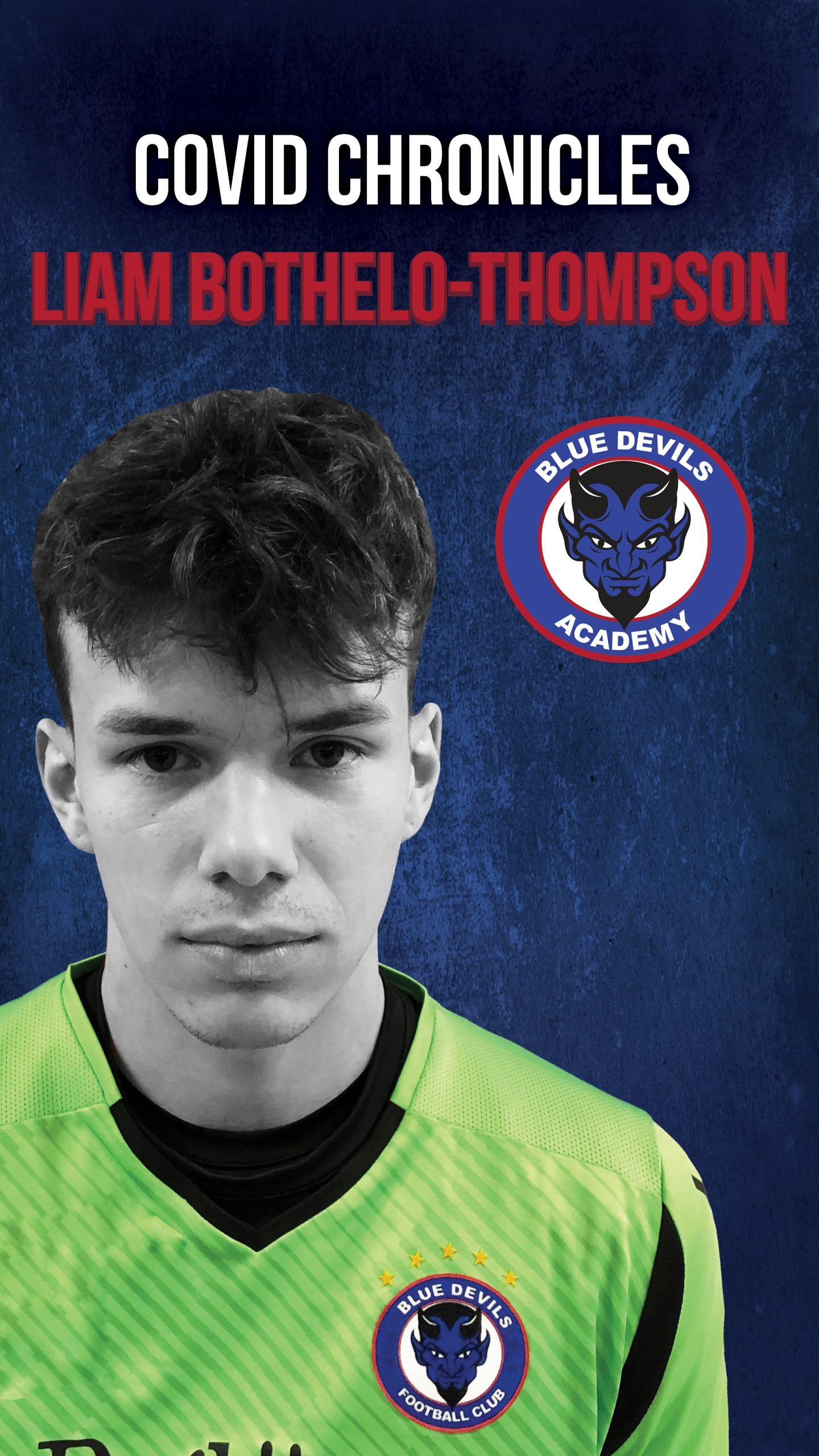 For many players within the Blue Devils family, 2020 and Covid-19 will leave an indelible mark on their soccer journey. For some it has meant missing out on their last year of high school soccer, or the cancellation of their collegiate season. Over the next several weeks we will be talking to our players about the challenges they have faced in these unprecedented times.

Goalkeepers are often the forgotten member of any side. There is little praise when they are successful and they often bear the brunt of any loss. For Liam Bothelo-Thompson, it meant flying home from Brazil, where he was playing for Assisense in Sao Paulo of the Campeonato Paulista Segunda Divisão.

Shortly after winning the 2019 League1 Ontario Reserve Division Championship with the Blue Devils, Liam decided to try his hand at climbing the divisional ranks in Brazil. While here in Canada we have managed the outbreak of the Corona Virus reasonably well Brazil has been hit hard by Covid-19, over 4.2 million cases have been reported in the South American nation, but that is the last thing on Liam’s mind. While his agent handled the negotiations for setting up his return to Brazil, he knew that he had a huge challenge on his hands when he returned to his club in August. It’s often quite challenging for young Canadians overseas, “me being an outsider and having to prove myself even more…you’re looked down upon (as a Canadian) compared to players from other countries in terms of football skill”, but he’s not letting that stand in his way. Liam is looking forward to “getting back into a routine” in South America. Before he left Brazil in the spring, he was training twice a day, he says “you can’t switch off that mentality”. It provides him with a motivational boost, “Waking up every day just knowing that you get to go out and to do the thing you love…it’s really hard to complain about that.”

This isn’t Liam’s first venture overseas. When he was 17 he went to Spain, from there he went to Sweden, England, and Portugal so he takes the foreign experience in stride “I think the more  that you travel, and the more people you meet, of all different cultures, and everything, you start to not only build yourself as a footballer but as a person, which I think is something great”.

Liam says he is doing “pretty well mentally and physically”. During his return to Canada, the 22-year-old did as much as possible to stay sharp. In his downtime, he has specifically put an emphasis on his diet. Rather than fall out of the “training mode” mindset, Liam made good use of his time and refused take his foot off the gas pedal. He even stepped up his training regimen in this extended leave from actual live gameplay.

It was important for the young keeper to not just keep his body in peak condition but also his mind. He spent hours watching old matches online to pinpoint weaknesses and further develop his strengths. He has been learning new training techniques from video resources, and now that many of the professional leagues in Europe and North America are returning to play, he can finally get back to watching the “best players in the world”.

“Being in the time that we are now, it’s always important to think in the most positive light possible.”