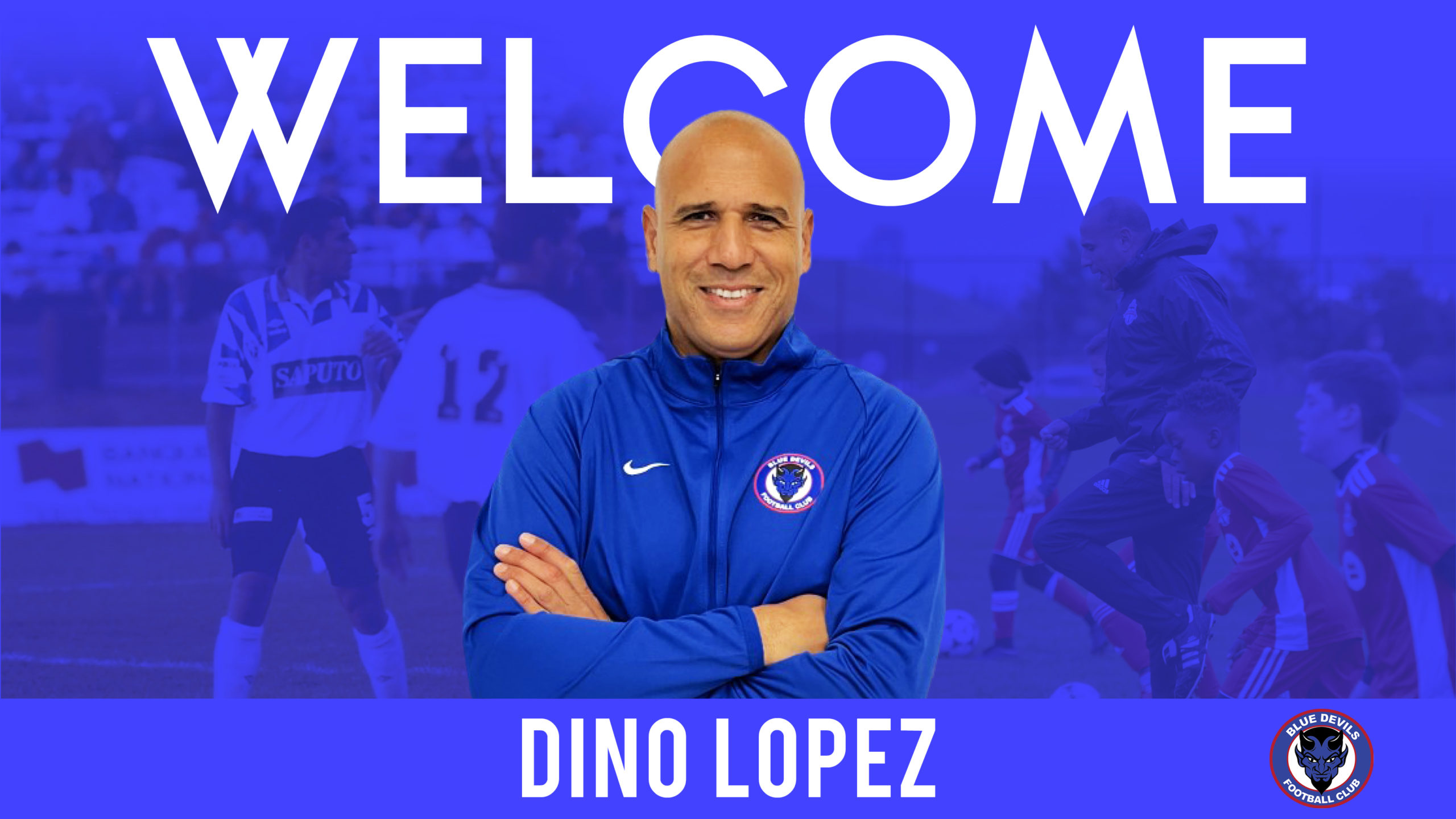 Oakville, ON – Blue Devils FC announced today that Dino Lopez has joined the club as a Program Advisor.Born in Jamaica, Dino Lopez grew up in Mississauga and now currently resides in Oakville. Dino enjoyed a successful eight-year professional playing career that included the Toronto Blizzard and Montreal Impact. He also represented Canada on the national team.Following his playing career, Dino embarked on a coaching career, working with both male and female players of all ages for more than two decades. He holds a USSF A License and B License, and is a former Coach and Technical Director at Oakville SC. Dino developed and coached in the Toronto FC Juniors and Pre-Academy Program (U6 to U13). Following his time launching Toronto FC Juniors, he worked as an Assistant TFC Academy coach for U15  and Senior Academy, and then serving as TFC Head Coach U19 and TFC Assistant Academy Director.Dino believes in training that leaves players smiling and sweaty.  Hard work and enjoyment need to go hand in hand. He holds a strong belief in age-appropriate player development that prioritizes game realism and promotes technical/tactical problem-solving based on the constraints of time, space and personal attributes.Dino will initially focus on the Blue Devils Junior Academy (U8-U12), working alongside Technical Lead Natalie Bukovec, and with the Junior Academy coaches to continue improving the development curriculum and providing professional development and support.