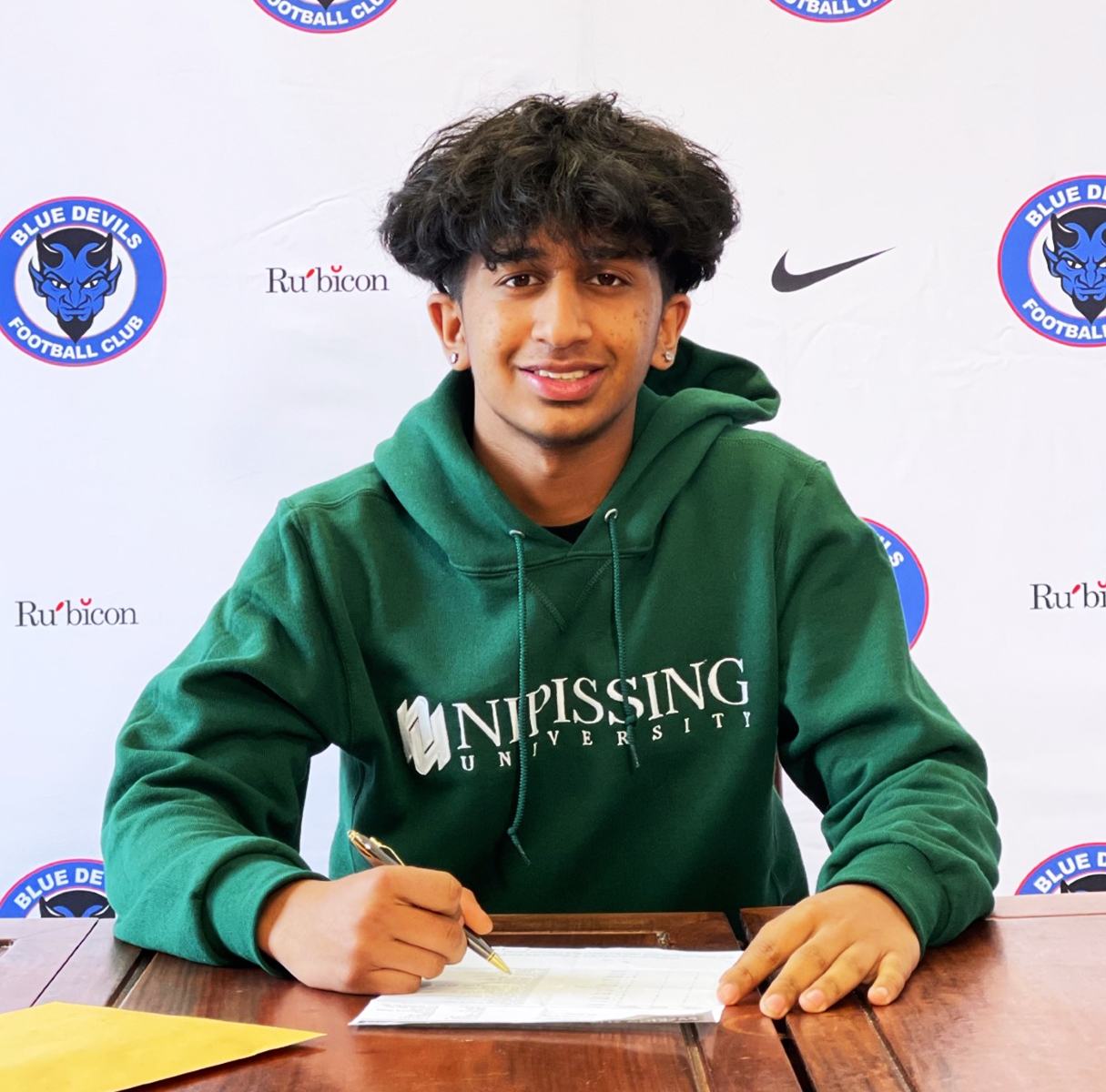 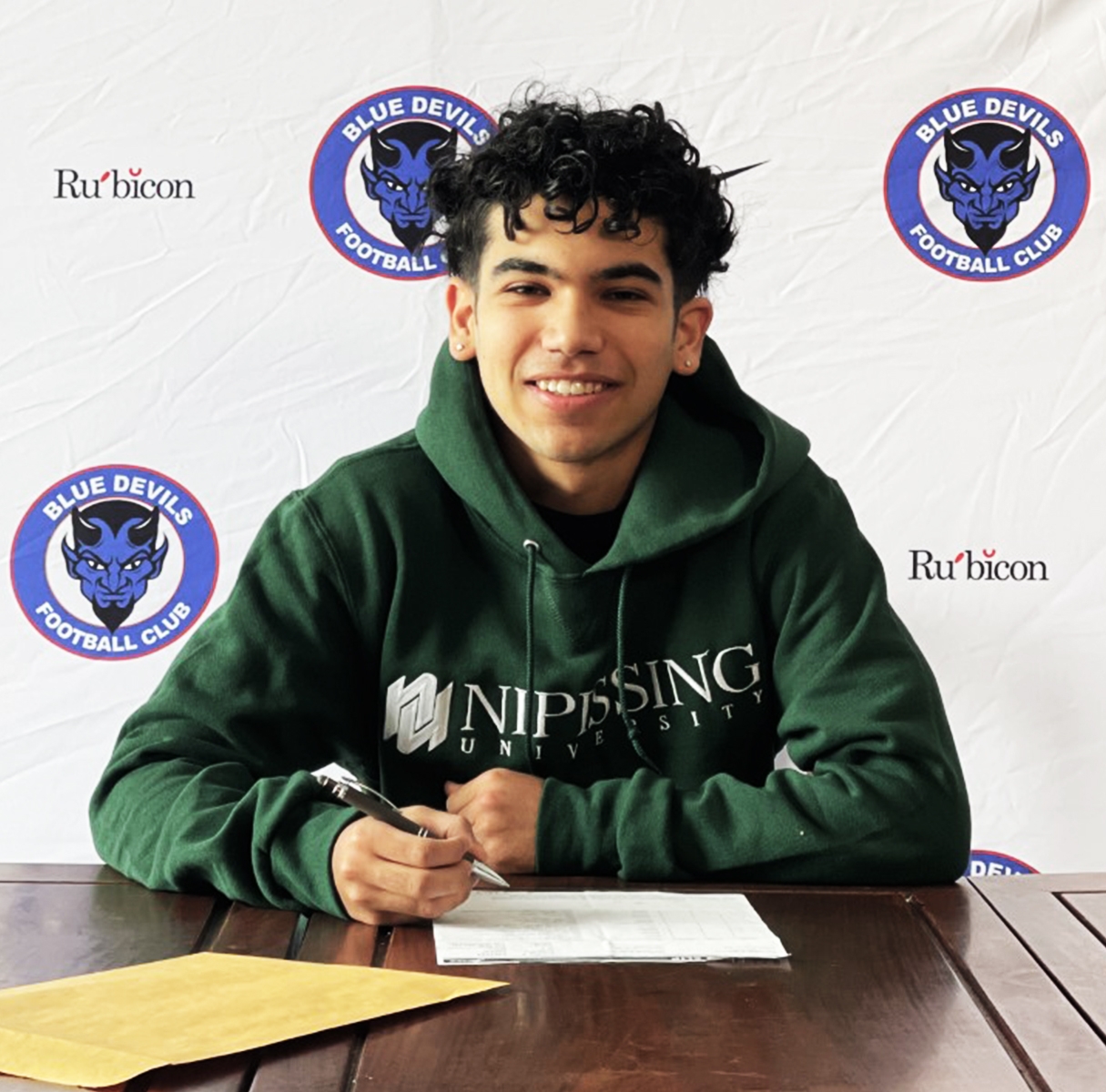 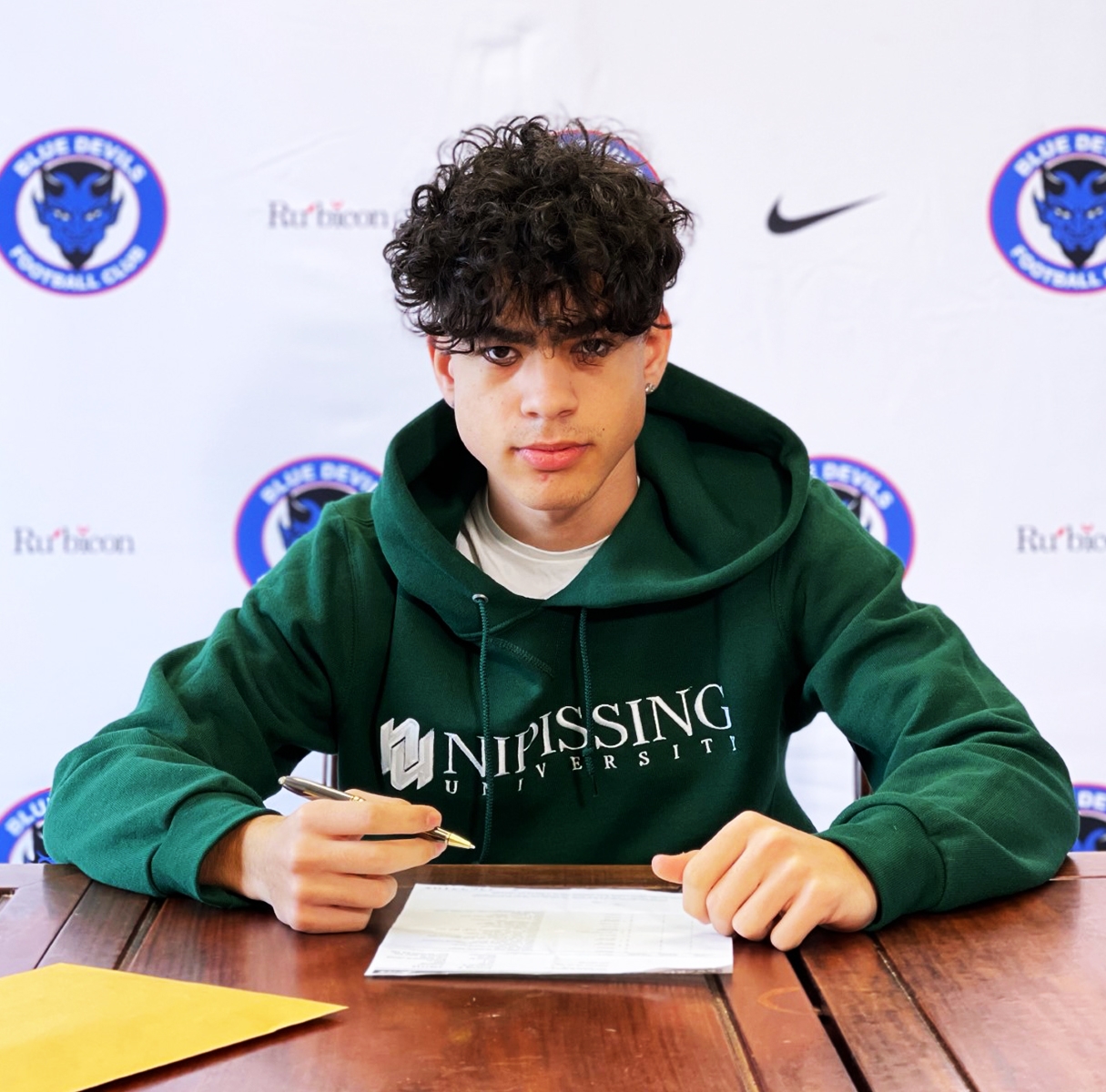 Leaving home for the first time and being on your own can be a formidable task for young people, and university tends to be that initial step in a young adult’s independence. Luckily for three Blue Devils they will be starting that journey with some familiar faces to provide them with support.
Xander Domingos, Justin Gomes, and Mark Lobo have all decided to take the next step in their playing careers by joining the Nippising University Men’s Soccer team while they persue their educations at the North Bay institution.
According to Blue Devils Head Coach Duncan Wilde Xander is a “combative ball winning midfielder” and “he’s a great passer of the ball, and a 90-minute competitor.” When asked why he chose to go to Nippising, Domingos stated “I chose Nipissing University because of the competitive soccer program, beautiful campus and facilities, and the tight-knit community that it’s known for”.
Justin Gomes is a big stong defensive back, whom Wilde says is “excelent 1v1, with a good aerial presence.”
The reasons that Gomes chose Nippising is simple, “not only because of their excellent soccer program, but also the undergraduate programs that they offered. It is a small community with an amazing campus and a place I can see myself growing fond of.” Justin tells bluedevils.com that he will be doing “an undergraduate in economics hoping to further become a corporate lawyer”.
For Mark Lobo Nippising was appealing for “its small class sizes and tight-knit community” but he also believes the soccer program is “on the come up” and he feels strongly that he can “contribute to their success”.
Duncan Wilde cites Mark’s “ability to support the midfield in wide areas” as one of the left-sided defender’s strengths, and asserts that Lobo is a ”powerful athlete” and “a strong competitor”
All three are expected to be members of the Blue Devils Reserve Team in 2022, which will be coached by recently signed Head Coach Jordan McMillan.
Share Tweet Share Pin