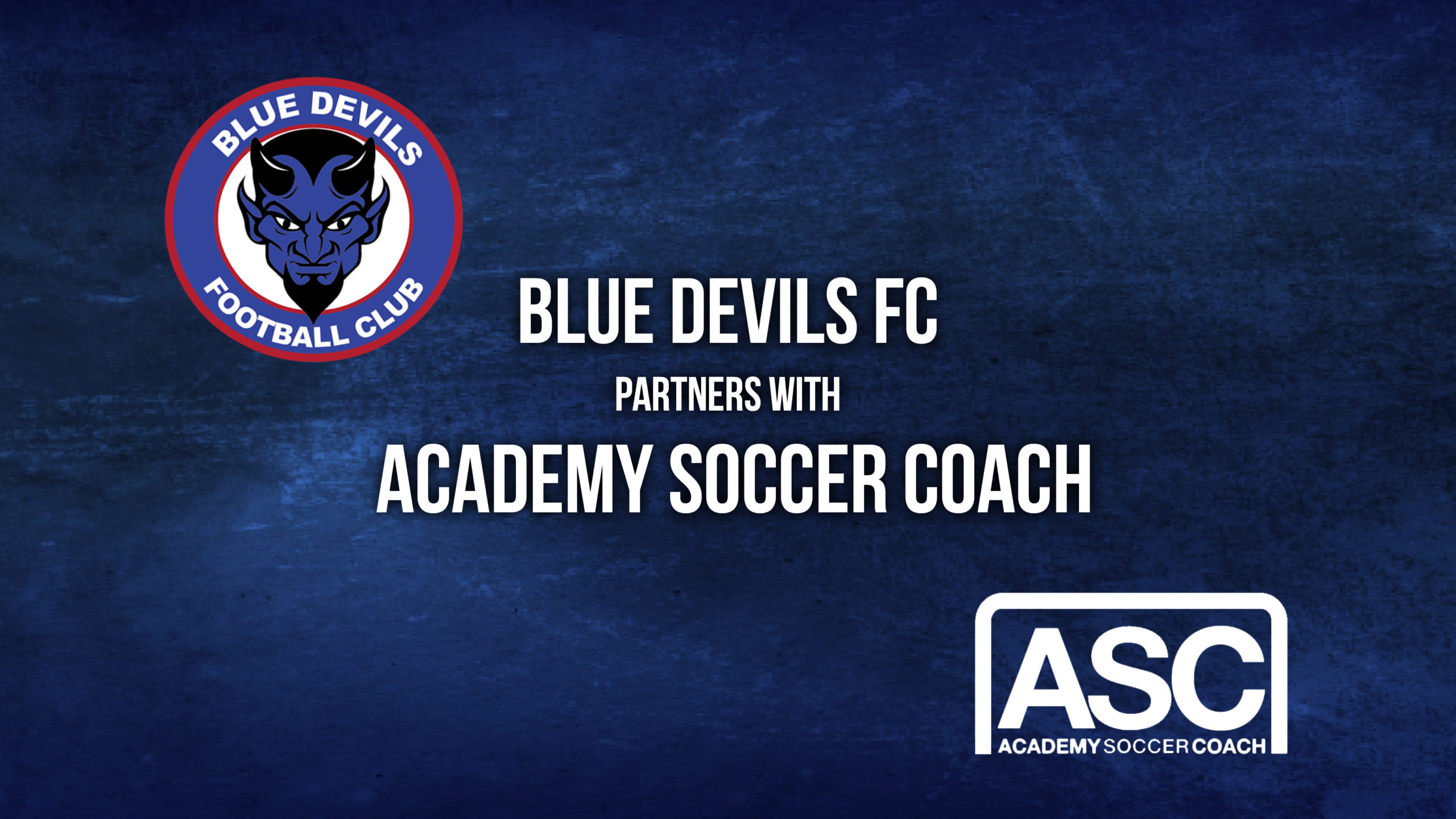 Oakville, ON- Blue Devils FC have partnered with Academy Soccer Coach (ASC), a multifunctional coaching and player development platform. This union will allow for a cohesive coaching strategy to be shared throughout the entire organization.

Since being founded in 2006 – Academy Soccer Coach has been pioneering the use of technology in soccer, and has established itself as an essential resource for soccer coaches, teachers, and many others that work within soccer development and education worldwide.

ASC Interactive Session Plans™ and Digital Coaching Forms are used by thousands of professional coaches and organizations across the world. Blue Devils FC Technical Director Brett Mosen has been working with ASC’s developers to create a custom build of the software, tailor-made for the club. He says “Academy Soccer Coach is a tremendous coaching tool designed to support coaches in their daily session planning. At the Blue Devils we are equally committed to coaching and player development, they go hand-in-hand.”

Academy Soccer Coach has partners in the English Premier League, Canadian Premier League, and numerous national teams worldwide. For Blue Devils FC this is a major step in creating a true club identity. For Brett Mosen this is a top priority. “One of the values from this program is it allows coaches to create, store, share as well as edit their session plans. From a club aspect it allows the Blue Devils to create an ongoing library of training sessions for our coaches which supports our coaching philosophy & development curriculum.”

As the Blue Devils club structure continues to grow, consistency will remain of the utmost importance. ASC developer Phil Abbot says that great care has been taken to make sure that the curriculum will be able to extend with the club’s growth and to also help facilitate that growth. “Now they’ve got the ability to set up custom licensing affiliated packages for their affiliated clubs, and those affiliated clubs can then, if the Blue Devils wish, the Blue Devils can share curriculum content directly and securely within the account of those affiliated clubs, that they can not only view, copy and download, but they can actually copy it to their own folders, and then adapt and refine for their own coaching activities.”

Former Chelsea Academy Coach and Academy Soccer Coach developer Jeff Bookman has worked along with the Blue Devils in creating the curriculum and says, “having such a well-structured program is a great way to both retain and recruit top talent, because, I think that once players within the club understand what the club are doing and how well the club are supporting their individual players and that word gets out through the affiliated clubs they can start to attract the better players from around the area to think, ‘Wow, this is a forward thinking club.’”