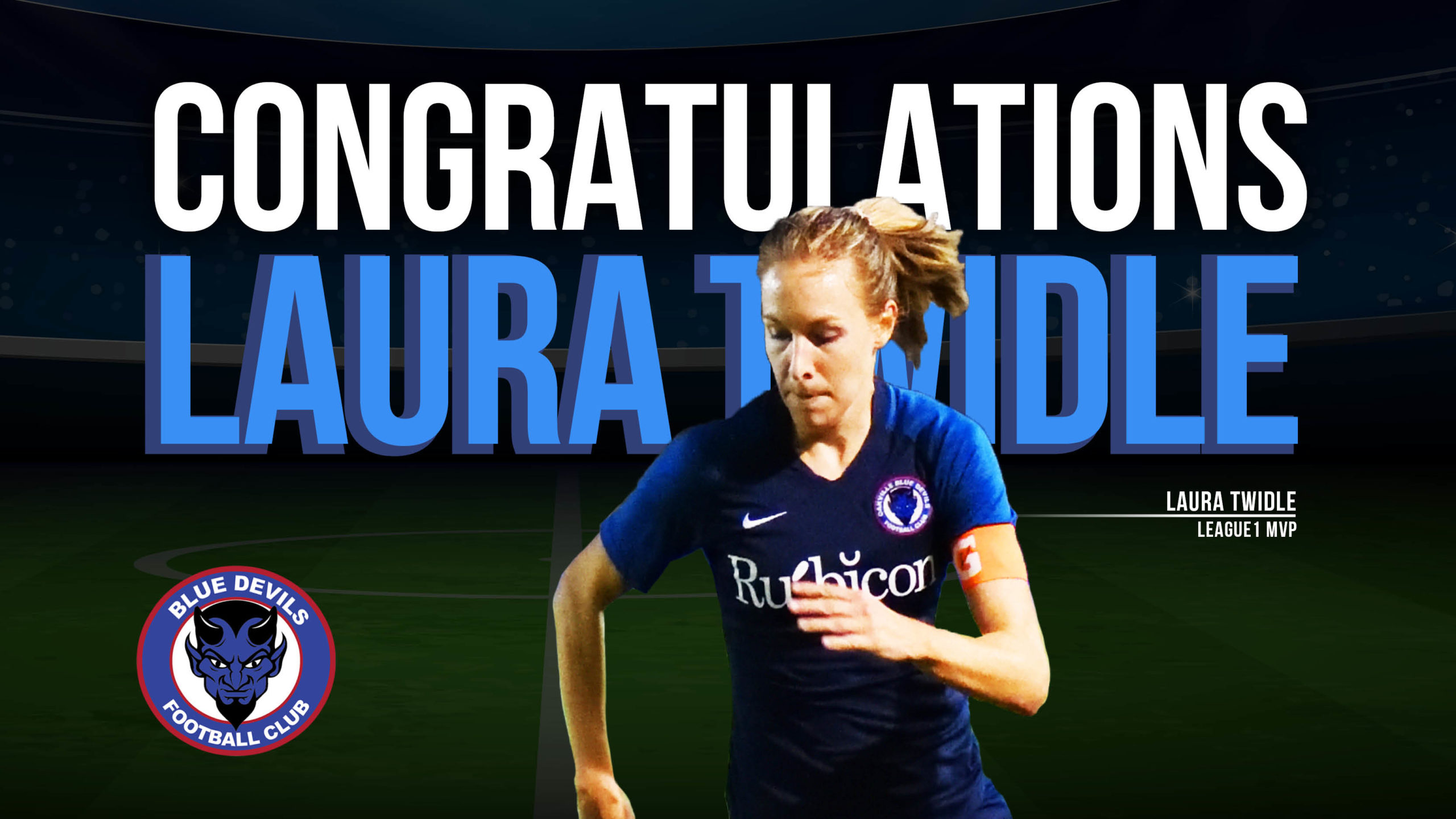 The Blue Devils Women made their second consecutive League1 Ontario Final in 2021 and it was due in no small part to the contributions of the team’s captain Laura Twidle.The former Central Michigan University standout has been a scoring machine in the league for the last several seasons and was named to the League1 Ontario All-Time Best XI in 2020. In the 2019 run to the final Twidle took over the reigns as the club’s top scoring option and has not looked back since. Blue Devils Head Coach Natalie Bukovec notes, “Every year she continues to showcase her abilities not only through all-star recognition, but her leadership ability on and off the field.” This season, she went blow for blow with perennial golden boot winner Jade Kovacevic in an exciting battle in Oakville and scored the game-winning goal against London in the semi-finals of the playoffs to lead the Blue Devils Women into the finals for a second year in a row.The Blue Devils leaned heavily on the captain’s leadership throughout the season and Bukovec believes that Twidle has been a key piece of the Blue Devils roster since the inception of the Women’s program in 2018. Her influence on the younger players especially has helped propel the club to new heights, “She is a player our younger academy players look up to and a natural competitor that pushes those in our senior academy. She represents the true meaning of what it means to be a Blue Devil.”Meanwhile, Twidle in typical fashion looks to deflect praise onto those around her when accepting individual accolades, “I am honoured to be named the 2021 MVP. I am lucky to have outstanding teammates alongside me, and I am thankful for the league who ensured we were able to play this year.”