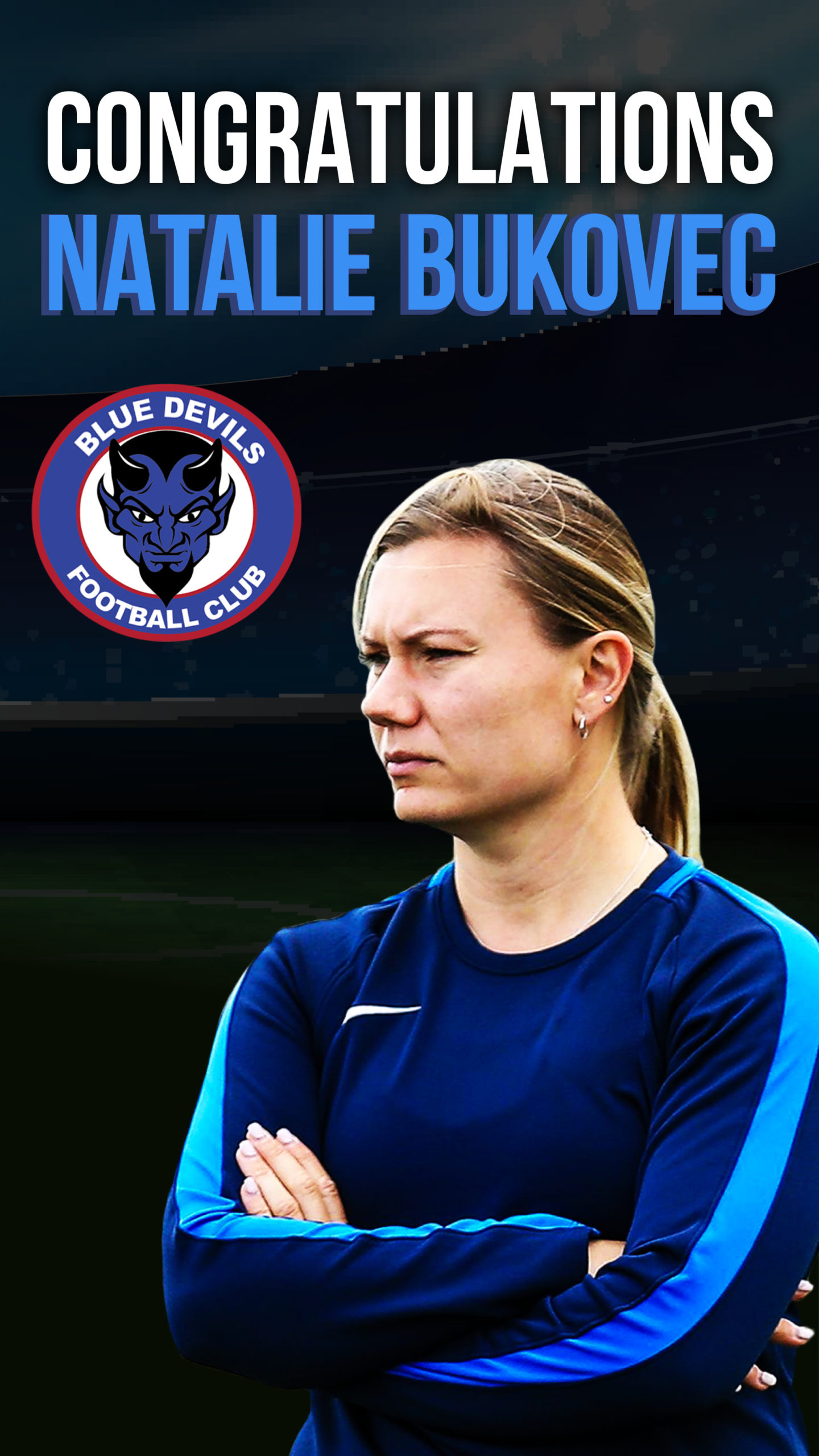 Oakville, ON –  Blue Devils FC Women’s Head Coach Natalie Bukovec took a massive step forward in her own coaching development earlier this month by achieving her National B License through Canada Soccer.

Coach Bukovec says that her new status is but a stepping stone in a greater vision of her own development, “For me it means the beginning of that pursuit of the professional player pathway”. This glowing achievement sees her entering a small, but growing group of elite female coaches in Canada, “If I’m not mistaken, there are only three women in Canada who have an A licence with Bev Priestman being one of them, so yeah that’s obviously the next license that is heavy on my radar. With a couple more years of experience, I’ll put my application in for the Canadian A licence.”

It is as important as ever for young women to see positive role models and observe other strong female leaders assuming positions of power and influence, and understand that those things are possible, “I’ve never had a female coach before, and I think that a lot of young females would benefit from that mentorship – from seeing somebody push through at Senior Levels in terms of licensing coaching at the provincial level and the university level.”

In the meantime, while she prepares for her Canadian A licence Natalie will have her hands full with increased responsibilities at Blue Devils FC. She will be stepping into a new role within the organizational structure in the coming weeks, and assuming control of development of the entire women’s side of the Academy, “I will be heavily focused on growing the youth academy and working towards establishing age groups from 2006 to 2008.“ All of this will be in addition to her role as League1 Ontario Women’s Head Coach.

Blue Devils FC is a soccer club based in the town of Oakville, Ontario that competes in League1 Ontario in both the men’s and women’s divisions. The club also features men’s and women’s U21 teams that compete in the U21 League1 Reserve Division. The Blue Devils Academy is the official player development program of Blue Devils FC. The Blue Devils Academy provides a complete player pathway for aspiring and talented young male and female players, progressing from U8 through to League1 Ontario. The Academy is comprised of the Junior Academy (U8 to U12), the Youth Academy (U13 to U15) and the Senior Academy (U16 to U18).