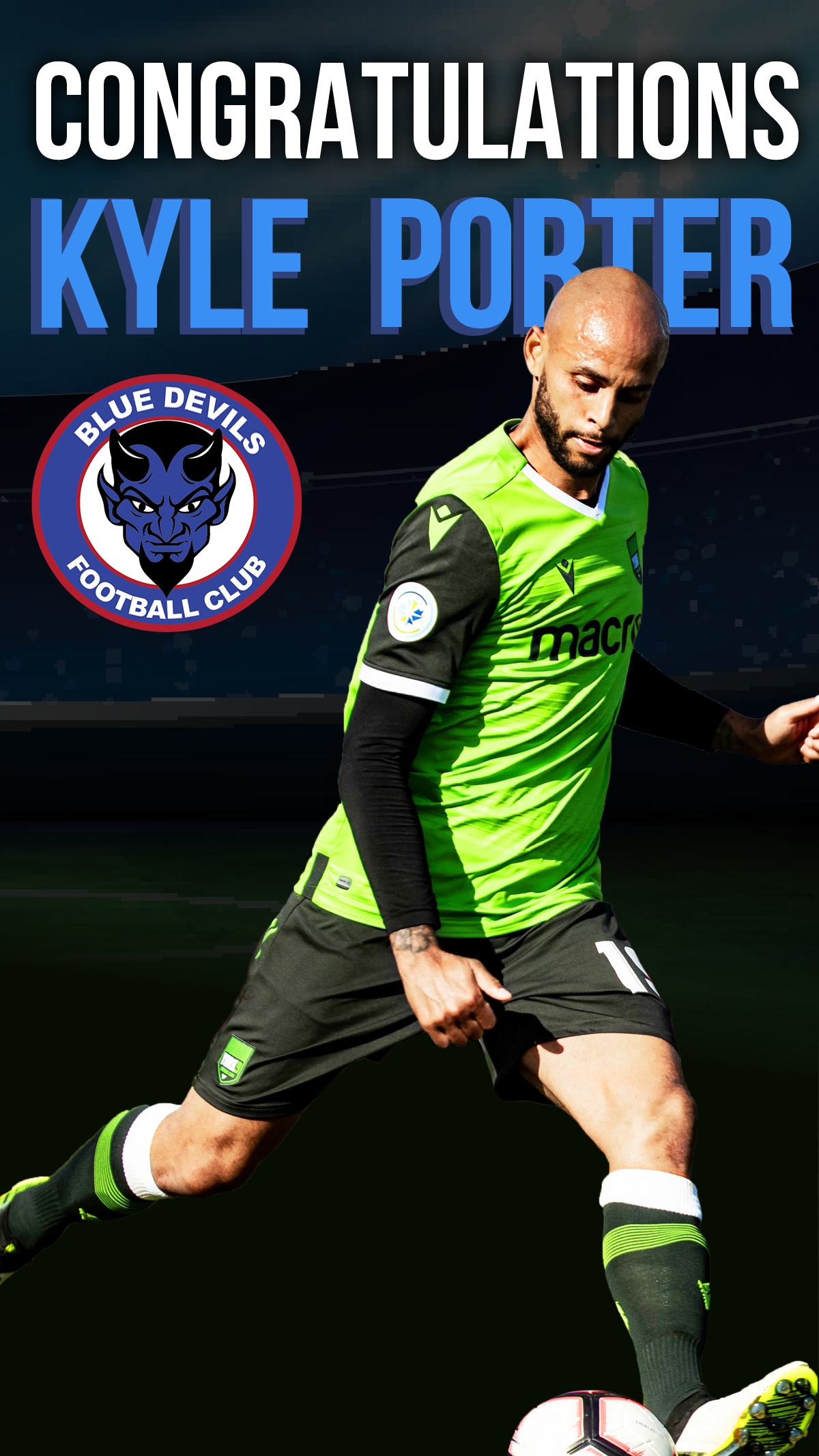 Oakville, This past December news broke that Kyle Porter would be signing with FC Edmonton. Only six months previous to that, the National Team veteran had been added to the Blue Devils FC Academy coaching staff. This week, he temporarily parted ways with his young charges, “My last message to them was continue to work hard and strive for their goals and dreams.”  Kyle will be joining Alan Koch’s Eddies squad that has undertaken a rebuild after a disappointing showing at last year’s Island Games.

While Coach Porter will no longer be with the club as a coach for the time being, he has made himself readily available to his former players, “I’m here for every player. For advice, a chat about the game, or even some more technical work on Zoom.” While Kyle continues to pursue his own dream he hopes to have motivated his group, “I want to be a role model for these players. I’m hoping I inspired every individual to show up every day to work and be the best version of themselves.”

Blue Devils FC provided a strategic stepping stone for the aspiring coach, and its relevance isn’t unacknowledged, “I learned a lot from the staff [at Blue Devils FC], and I remain in close contact with everyone so I can see the progress of all the boys and girls in the program.”

As he heads off to Edmonton for the upcoming CPL season, Porter will look back fondly at his stint with the Blue Devils, “Overall, I’m happy with what we have done in this short period of time!” It would appear that his group may have returned the favor and inspired the coach. “This was a special group, I became very attached to during my time with the club. I will always be a part of Blue Devils FC,” adding, “This isn’t goodbye, I’ll definitely be back.”

Everyone at Blue Devils FC would like to wish Kyle the best of luck on the next step in his playing journey.