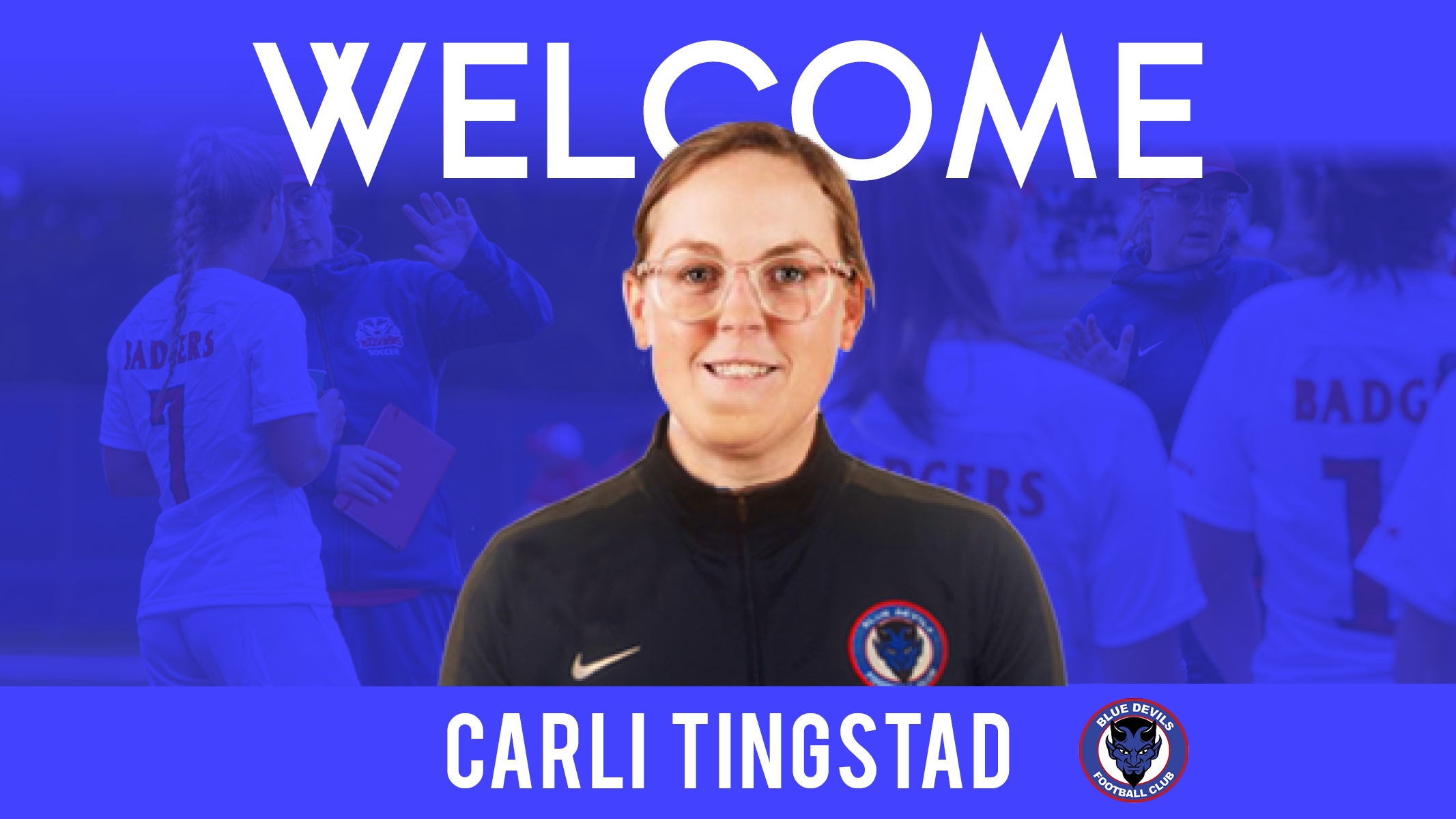 Oakville, ON – Blue Devils FC announced that Carli Tingstad has joined the club as the Head Coach of the League1 Ontario Women’s team.
Tingstad also serves as the Head Coach of the Brock University Varsity Women’s team. She joins the Blue Devils after serving as an assistant coach for seven seasons with the University of British Columbia Okanagan (UBCO) women’s soccer team, which competes in the Canada West conference, under head coach Craig Smith.
A former centre-back, Tingstad brings a wealth of coaching certifications, most notably a Union of European Football Associations (UEFA) A License she completed with the Scottish Football Association.
She was the head coach of the Thompson Okanagan Football Club from 2015-20, which competed in the BC Soccer Premier League, the highest caliber of youth club soccer in the province of BC and the staff coach with the Vancouver Whitecaps FC Okanagan Academy Centre from 2013-19.
Tingstad holds a Masters of High-Performance Sport Coaching from the University of Stirling in Scotland, a Bachelor of Physical Education and Coaching from Douglas College and a Diploma of Human Kinetics from Okanagan College.
Share Tweet Share Pin
Contact US
BLUE DEVILS FC
PO Box 69596
Oakville, ON L6J 7R4
(289) 273-0119
admin@bluedevils.ca
Weekdays 9am–5pm
Privacy Policy
Blog
Sitemap
CANADA
SOCCER