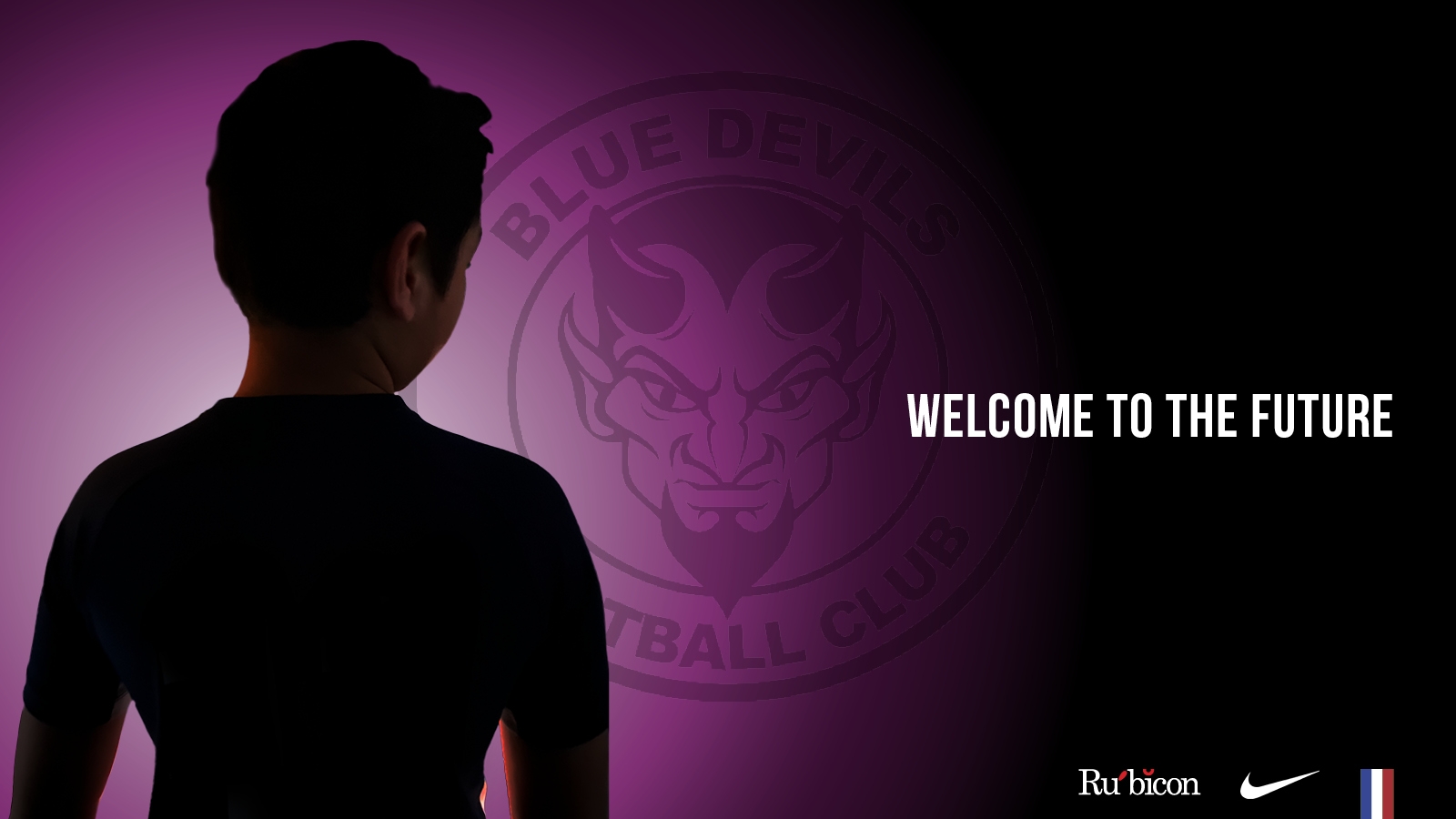 Oakville, ON – Beginning October 2021, Blue Devils FC Technical Director Brett Mosen will launch a new program for 2008 and 2009 boys to accelerate technical development. The new program – named EXCEL – is the first step in a new Blue Devils initiative designed for the very best players in the province.
Originally, the launch was planned for the 2008 boys age group but due to an overwhelming response from the 2009 boys age group, the Blue Devils have moved up the launch of the 2009 EXCEL program to this October.
Coach Mosen will lead a technical team featuring coaches John Yacou, the Blue Devils Youth Academy Director, Khody Ellis, who will oversee the players’ strength and conditioning requirements, and Academy goalkeeper coach Lucas Birnstingl. The new initiative will also be supported by additional senior-level staff as directed by Mosen.
The Blue Devils will present a series of ID sessions for the 2009 boys age groups from August 23-25, 2021 with a fourth invite-only session on August 26, 2021. Following the selection process, 18-25 players in each age group will be chosen to participate in the elite player training program from October 1, 2021 to September 30, 2022, under the watchful eye of the Blue Devils technical department. The Blue Devils FC EXCEL program will feature a minimum of 4-5 days of training each week, cross-border exhibition matches, and overseas international competition once COVID-19 restrictions allow for travel. After the initial six-months, the EXCEL program will be launched full-time as a permanent feature within the Blue Devils Academy.
“Internally we will be constantly evaluating the program and the progress of the players. Our goal is to create an environment where players can thrive and reach their full potential,” commented Mosen, “Developing players is a process, we will see some early signs of growth but you need to be patient while players overcome their ups, downs, struggles, and challenges. You have to nurture talent, you can’t force it.”
While the EXCEL program will be initially offered to the 2008 and 2009 boys, younger players are encouraged to make their presence known should they feel they are up to the challenge. Mosen notes that this level of intensity will not be suitable for everyone, “We want the best and most committed in this program, talent is important but if players cannot commit to the schedule this is probably not the program for them.” The next phase will be to then open this process up for the 2010 boys age group the following year.
The selection process is open to current Blue Devils FC players as well as players outside the club.  At the U14 age, players enter into what Mosen refers to as “the golden age for development”, so new recruits are more than welcome to test their abilities alongside current Blue Devils FC players. Over the next several months Blue Devils FC will be implementing multiple adaptations to the club’s current training regimen and curriculum in an effort to continue to improve and maximize programming. “We spent the last two years evaluating the performance of our Academy and came to the conclusion we needed to create a more vibrant, challenging, and enjoyable environment. In doing so, you need a technical staff with the right blend of experience and personality. I believe the recent additions to our technical staff have had a major impact in this area,” states Mosen.
For more information on how to register for the Blue Devils FC EXCEL ID sessions please visit www.bluedevils.ca/apply-now-excel-new/ and complete the required forms.
The Blue Devils Academy is the official player development program of Blue Devils FC. The Blue Devils Academy provides a complete player pathway for aspiring and talented young players, progressing from U8 through to League1 Ontario and beyond. The Academy is comprised of the Junior Academy (U8 to U12), the Youth Academy (U13 to U15), and the Senior Academy (U16 to U18).
The Blue Devils Academy provides a professional environment for elite players aspiring to pursue opportunities in both college and university, Provincial and National teams, together with professional clubs both domestically and internationally.
Share Tweet Share Pin
Contact US
BLUE DEVILS FC
PO Box 69596
Oakville, ON L6J 7R4
(289) 273-0119
admin@bluedevils.ca
Weekdays 9am–5pm
Privacy Policy
Blog
Sitemap
CANADA
SOCCER