DEDICATION AND COMMITMENT ARE WHAT TRANSFER DREAMS INTO REALITIES. 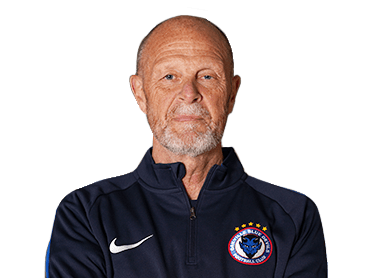 Brett Mosen has over 35 years of coaching experience ranging from Grassroots to the Professional level. Brett has been with the Blue Devils since 2014 and is currently the Club’s Technical Director.

Brett has also been a Coerver Coaching Licensee since 1994. The Coerver teaching method is recognized as the ‘Worlds #1 Skills Teaching Method’ and supported by FIFA and many leading clubs and associations around the globe.

Brett is passionate about player development and has enjoyed watching many of his players go on to play at the international, professional and collegiate levels. Some have also gone on to coach at a senior level including National and MLS professional teams.

Brett’s coaching credentials include the following: 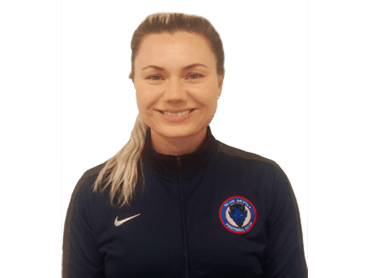 With the explosion of the women’s game in Canada and around the world, Natalie’s focus and drive is helping to propel the Blue Devils women’s program to new heights by shaping the development and careers of a new generation of young players.

Bukovec played five seasons at McMaster University from 2010-15 and received a Bachelor of Arts in Sociology, specializing in Social Psychology, and a Certificate in Leadership and Organization. She has also recently completed a certificate in Human Resources Management and is now working towards obtaining a Master’s in Coaching and Sport Performance.

After her university career, Bukovec played in semi-professional leagues in North America such as League 1 and W-League and was a member of the Croatian women's national team player pool.

Bukovec's coaching career began in 2015 as an assistant coach at McMaster before joining Ryerson's team in 2016. She hold a Canadian National B License.

In 2018, Bukovec was one of five female coaches selected across Ontario to be a part of the Ontario Female Mentorship Program run by the Canadian Soccer Association.

Outside of her roles with the Blue Devils and Ryerson University, Bukovec also works with the Ontario Provincial Projects with the 2005 girls age group as an assistant.

Natalie’s passion for the game and for developing Canada’s next generation of young female players is an inspiration to everyone at the Blue Devils who has the opportunity to work alongside her and play under her guidance. 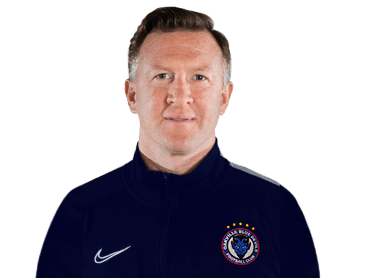 For the modern footballer, there is no one “clear cut path” to professionalism. Blue Devils FC President Steven Caldwell can attest to that. The Stirling, Scotland born defender rose up through the ranks at Newcastle United, and got his professional debut under Bobby Robson, playing alongside legends like Alan Shearer, Shay Given, and Gary Speed.

In his time at St. James’ Park he was part of a club playing Champions League matches against the likes of Inter Milan and Barcelona. But it wasn’t all matches at the San Siro and Camp Nou. He had several loan spells to lower league sides before becoming an automatic on the team sheet. Even then, that didn’t come until he moved on to Newcastle’s arch-rivals Sunderland. Caldwell’s career trajectory was never straight to the top, and they rarely ever are. Steven can speak to the agony of relegation, and the absolute thrill of captaining his Burnley side to Premier League promotion in front of 90,000 fans at Wembley. Along the way, Caldwell managed to find time for 12 Scotland International Caps in two World Cup Qualification rounds before ending his career captaining Toronto FC.

Now that he has hung up his boots, and he’s allowed to plot out his own future, he wants to use his experience to help a next-generation cut their own path. He has been named to the Canadian Men’s National Team as an Assistant Coach and joined Blue Devils FC in the early stages to help build the organization. There was no secret to his success. Determination and work ethic is what got him as far as he did.

“We want to improve the entire program not just tactically and technically, but psychologically as well - teaching these young players across Ontario what it really means to be a professional football player. How much intensity it takes in training, and how much focus and dedication is needed.”

Part of Steven’s decision to come on board with Blue Devils FC was because of the ambitious group that he will be working with. “I am joining an already successful team of qualified and experienced individuals in Duncan, Billy and Shen and I will look to lend my support in all areas of the soccer club.”

Blue Devils FC Head Coach Duncan Wilde is a product of first the City and then United Academies in his native Manchester. His counterpart on the touchline is another Scotsman – Billy Steele, who plied his trade with Norwich City in the ’70s. Caldwell believes it is the sum of that whole which will work together in the clubs efforts to provide young athletes in Southern Ontario with the greatest possible opportunities.

“Through our vast list of contacts both in North America and Europe and some unique ideas in grassroots soccer, we hope to take an already outstanding program even higher and become a leader in soccer throughout Canada.”

While Steven’s connections from his playing days will be an asset to the team, possibly his greatest contributions will happen in the boardroom. Upon his retirement from playing the game, Steven moved into the role of Director of Corporate Development with Maple Leaf Sports and Entertainment. “My experience at Maple Leaf Sports and Entertainment allowed me into all sides of the game, not just the playing side and the technical side of it. Obviously, a lot of my work was with partnerships, ticket sales, community, everything that goes into Toronto FC, and the successes that they’ve had.”

All of these experiences will prove valuable as Blue Devils FC continues to build the organization in Ontario and beyond. “I’m very excited about what’s to come. We have a long road ahead of us, and a lot of difficult jobs, but we feel we are creating something very, very unique in Canada.” 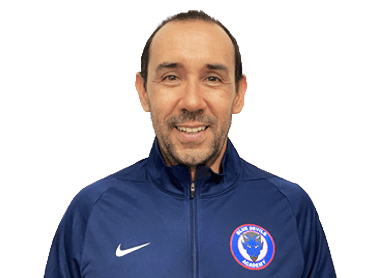 Soccer is the most played sport in the world with over 4 billion followers, and Mauricio Flores had the great fortune of being born, raised, and educated in a country where soccer is deeply ingrained in the culture. Originally from Mexico, Mauricio has accomplished much in the sport he loves, including playing professionally for 11 years. That experience has given him first-hand insight into, as well as a profound respect for, the beautiful game.

After his professional career came to an end, coaching came naturally for Mauricio. He now holds a USSF National A licence and has spent the last 16 years of his life learning, breathing, and living soccer in some of the most renowned soccer clubs across the globe. This has given him a unique perspective, and has been a driving force in his continual development as a mentor and a coach.

As Mauricio says, “Soccer is my life and passion! My goal is to pass along all my years of acquired knowledge to help guide young players who have aspirations to pursue a future career in soccer, as well as to provide a safe place for players to nurture their love of the game. I hope with all my heart that we can create a great soccer culture for all the new generations to come - uniting people through the beautiful game of soccer.” 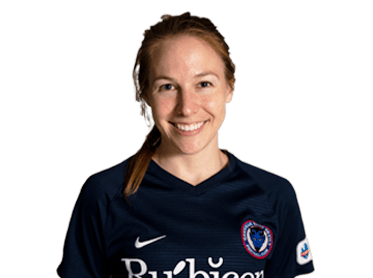 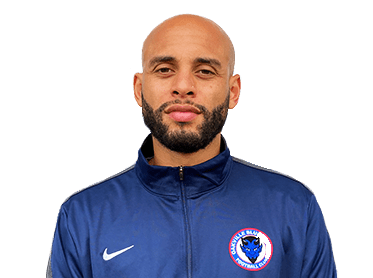 Kyle Porter is a Canadian-born professional soccer player who has represented Canada at all levels of play from Youth to the Senior Men’s National team - where he has been capped seven times.

For more than a decade, Kyle has enjoyed a successful professional career in the MLS, USL, NASL, Canadian Premier League and in Germany. He has played for clubs such as York 9 FC, DC United, Vancouver Whitecaps, FC Edmonton, Ottawa Fury, Tampa Bay Rowdies, Atlanta Silverbacks and FC Energie Cottbus.

To give back to a sport that has given him so much, Kyle has been committed to coaching throughout his entire career with youth teams and is now working to help develop the next successful crop of Blue Devils in the Blue Devils Academy. 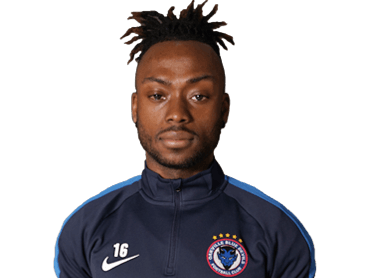 Prior to his playing and coaching career with the Blue Devils, Khody studied kinesiology at Parkland College from 2010-2012 where he also played soccer and was named Midwest Athletic Conference 2010 First Team All-Conference and First Team All-Regional.

He followed up at Sheridan College in 2014-15 where he earned his Fundamentals of Fitness Leadership. During his time at Sheridan, he helped lead the Bruins to the 2014 National Championship while also capturing Male Athlete of the Year honours.

Khody Ellis is a Strength and Conditioning Coach and Fascial Stretch Therapist at Peaks Lifestyle away from the pitch, and brings the lessons he’s learned professionally to the Blue Devils FC club he knows so well. “For me, it’s about helping all the Academy players develop a strong educational foundation in safe and effective movement, and mental performance. I can’t express enough how vital strength training is for the development of young athletes, and I am looking forward to being the person to bring this to the club that I love and have dedicated so many years to.” 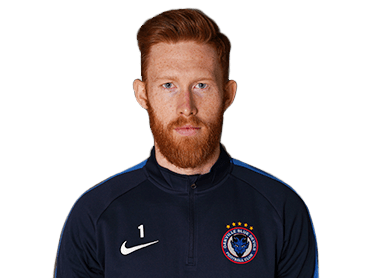 Lucas Birnstingl is an Academy Goalkeeper Coach with the Blue Devils Academy and has also played for the Blue Devils League1 Ontario men’s team. Lucas brings a wealth of experience both as a player and as a coach.

His early playing career as a youth included playing with the National Champion Oakville Blue Stars and with the Toronto FC Academy, while also playing in the Provincial program. He progressed into a senior career that included playing in the Scottish Premier League at Dundee FC, Kilmarnock, and Hamilton Accies. While in Scotland, he also played for Queens Park FC, Clyde, Airdrie and Montrose.

Upon returning to Canada, Lucas had two short stints at other League1 Ontario clubs before assuming the starting goalkeeper duties for the Blue Devils. He also began pouring more of his time and energy into coaching and helping to develop young players. Lucas has served as a Goalkeeper Coach for Ginga Soccer Academy, Flamborough Dundas Soccer Club, Mt Hamilton Youth Soccer Club, East Hamilton, and Toronto Skillz. He is a committed and professional coach for the Blue Devils who loves the game and enjoys watching the young goalkeepers in his charge continue to grow and develop.